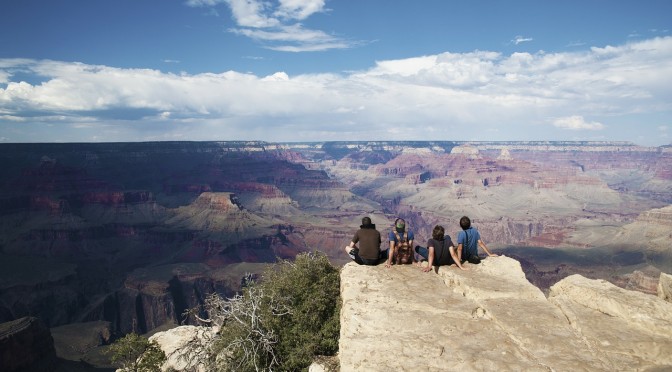 Our mission is to confirm Biblical Truth and expose misinterpretations of God’s creation in order to exalt Jesus Christ as our Creator, Judge and redeeming Savior.

We ask that everyone be presented with the facts, pros and cons, for evolution and Creation. We believe if a person is allowed to weigh all of the evidence the decision to be made will be obvious. Russ has 174 college credits and is an effective communicator with teens, college students and adults. In fact, sharing the information in easy-to-understand messages is his best gift.

After building a successful nationwide firm, Russ gave it away in 2000 to form CESM. A former Theistic Evolutionist, Russ now ministers to Christians and non-Christians alike, stating: “I am not attacking anyone who has been misled into believing in Darwinism, Theistic Evolution or Progressive Creation. I am here to help them, just as someone helped me.”

Russ states, “I’m a General Manager and make logical decisions based on facts. After I saw observable science doesn’t support Darwinism or old-earth beliefs I realized these false teachings are undermining the world’s faith in Jesus Christ. Now I am doing something to help. I don’t tell people what to think; i present facts from science and the Bible. Through The Holy Spirit those with ears to hear will hear, and those with eyes to see will see.” Though raised in a Christian home, Russ strayed from God during his college years where he was an all-division baseball player. As Russ puts it, “I was on my road to Damascus when, at the age of 30, I felt the Holy Spirit nudging me to return to Him.” Russ started attending church and growing as a Believer. Ten years passed as Russ grew in his faith and became a church Trustee, though believing that God had used evolution and millions of years to develop His creation. During this time, he also developed a nationwide recruiting firm while “building houses on the side.” Then, during the summer of 1998 an event took place that would forever change the fortunes of the Miller family. Russ and his wife, Joanna, obtained video tapes of several Creation speakers.

Russ: “When I saw the overwhelming facts which destroy Darwinism and ‘millions of years’ beliefs, combined with the facts which support the biblical accounts of creation and the global flood, I realized I, and billions of others, had been fooled.”

He felt God’s calling to do something more important than making money and in December of 2000, Russ gave away his business to a co-worker and began Creation, Evolution & Science Ministries.

Russ’ motto is: “You don’t have to believe anything I tell you. All I ask is that you look at what I show and weigh it against anything that has you believing in anything other than what the Bible says.” For anyone who does so, it is, as Russ says, a “no brainer.”